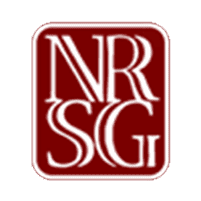 General Surgery located in Indianapolis, IN

One in eight women is diagnosed with breast cancer at some point in life. When you face decisions about breast cancer surgery and whether you’ll need a mastectomy, you can count on the compassionate team at Naab Road Surgical Group. They offer the support and information you need as you consider your options and move forward to recover from breast cancer. If you have questions about mastectomy, call the office in Indianapolis or schedule an appointment online.

There are two surgeries for treating breast cancer, a lumpectomy and a mastectomy. During a lumpectomy, the tumor, a small amount of tissue surrounding the tumor, and some lymph nodes are removed.

A mastectomy to remove the entire breast may be a better — or the only option — when:

You may also choose to have a prophylactic mastectomy to prevent breast cancer when genetic testing shows you’re at a high risk for breast cancer.

Are There Different Types of Mastectomies?

There are several types of mastectomies. During each procedure, lymph nodes are also removed to determine if the cancer has spread beyond the breast.

Skin- and nipple-sparing procedures are only done when you plan to have immediate breast reconstruction.

When Should I Have Breast Reconstruction After a Mastectomy?

You can have breast reconstruction at the time of your mastectomy, wait until radiation therapy is finished, or simply wait until the time is right for you. The choice is purely personal. However, there are pros and cons to consider for each choice.

The most important thing is to talk with your surgeon at Naab Road Surgical Group about your options and consult with a plastic surgeon right away if you decide you want immediate reconstruction.

If you face decisions about a mastectomy, the team at Naab Road Surgical Group can help. Call the office or book an appointment online.